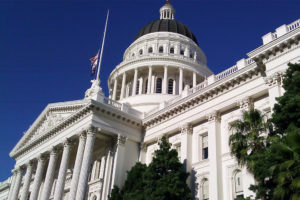 Incorporated in 1986 as a 501(c)(3) non-profit organization, the Foundation for California is devoted to educating the public about the leading public policy issues in California, the Southwest and the nation through scholarly research and thoughtful discussion.

The Foundation’s primary purpose is the pursuit of knowledge in establishing a position as a leading contributor to the vibrant marketplace of ideas. It also sponsors student research and internships in government in state capitals and in Washington, D.C. While not exclusively limited to the Claremont Colleges, the Foundation has worked closely with Claremont students and faculty in a variety of capacities related to its mission.

Among its past achievements, the Foundation has been a beacon of intelligent discussion on a wide variety of leading public issues, including environmental, labor, business, legislative, electoral, education and other matters.

On the environmental front, the Foundation has taken the lead by holding a series of successful conferences on the current and future status of California landfills and their potential impacts on surrounding ecosystems. The Foundation hosted a conference at the Racquet Club of Palm Springs that featured an impressive gathering of scientists, engineers, waste management industry leaders and environmental experts to determine the long-term needs of the state’s existing and future landfills.

The Foundation has also been engaged in research projects working in conjunction with the California Environmental Protection Agency, and it has sponsored research and a publication on the Nevada State Environmental Commission.
In addition, the Foundation funded groundbreaking research and a publication by Professor Harold Rood on American defense and its implications for the West Coast of the United States.

The Foundation sponsored a conference on Tribal governments and related issues at Claremont McKenna College, a conference attended by California’s Attorney General.

The Foundation also sponsored a conference in Washington, D.C. on the subject of redistricting. It featured prominent scholars, demographers, Hispanic leaders and elected officials from the Southwest.