January 27, the anniversary of the liberation of the Auschwitz-Birkenau extermination camp in 1945, was declared International Day of Commemoration in memory of the victims of the Holocaust by the United Nations in 2005. The observance of the memorial day this year is built around the theme “Rescue during the Holocaust: The Courage to Care”.

On January 27, 1945, Soviet forces liberated the Auschwitz-Birkenau extermination camp, discovering the largest Nazi killing center in Europe. Auschwitz has become a symbol of the Holocaust, representing the depths of man’s inhumanity to man.

In November 2005, the United Nations passed a resolution to mark January 27 as an international day of commemoration to honor the victims of the Holocaust, and urged member states to develop educational programs to impart the memory of this tragedy to future generations. Eighteen governments have legislated January 27 as an annual Holocaust Memorial Day and Holocaust remembrance ceremonies will be organized on the international, national, regional and local levels, including in universities and schools.

The 2013 observance of the International Day of Commemoration in memory of the victims of the Holocaust is built around the theme “Rescue during the Holocaust: The Courage to Care”, honoring those who risked their own lives to save Jews and others from near certain death under the Nazi regime during the Second World War in Europe.

Among the spcial events scheduled at the United Nations Building, Rajadamnern Nok Avenue:


Opening ceremony of the Holocaust exhibition, “The Courage to Remember” of the Museum of Tolerance, Los Angeles

This traveling exhibition of the educational branch of the Simon Wiesenthal Center, ties together the past to the present, teaching the dangerous and destructive impacts of ignorance, hate and intolerance on individuals, communities and nations.  The exhibition will be on display at the lobby of the Conference Hall, UNCC until Friday February 8, 2013.
The story of a courageous diplomat of humanity, Mr. Chiune Sugihara  (Japan) –  a short film and a special guest speaker, Mr. Chihiro Sugihara,  the grand son of .  Mr. Chiune Sugihara. 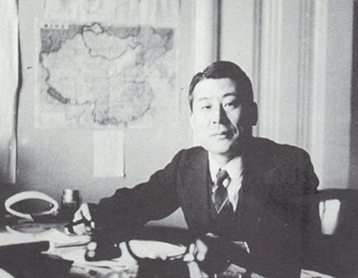 Mr. Chiune Sugihara was the Japanese Vice-Consul in Kaunas, Lithuania from 1939 to 1940.  He risked his career, future and family’s lives to save the lives of more than 6,000 Jews by issuing transit visas for refugees so that they could leave the county.  He was still hand writing visas and stamping passports even at the railway station, as he was leaving Lithuania.  His selfless act resulted in the second largest number of Jews rescued from the Nazis.  In 1984 Mr. Chiune Sugihara was granted Israel`s highest honor. He was awarded the title of Righteous Among the Nations by Israel`s Holocaust Memorial Authority, Yad V’Shem.  One of only two Asians.  As of today it is estimated that more than 80.000 descendants owe their existence to Sugihara.

Event at the United Nations Office in Geneva:

Opening ceremony of the exhibit co-organized by the Israeli and Bulgarian missions to the UN in Geneva: “The Power of Civil Society: the Fate of Jews in Bulgaria” – 21 posters with photographs, document copies and text showing the sequence of the events under consideration and social and political processes in Bulgaria and the world that took place in parallel to them.

This exhibition was first presented by the State Institute for Culture of Bulgaria on November 26, 2008 at the Ministry of Foreign Affairs in the presence of diplomats, community leaders, representatives of the Jewish community in Bulgaria, researchers studying the events that took place in 1943. Since then the exhibition has been travelling all around the world.

The exhibition was prepared in cooperation with the Centre for Jewish Studies at the St. Kliment Ohridski University in Sofia.